I have got one from the IndieGoGo project. It’s very nice. Of course, it’s the Ubuntu version. 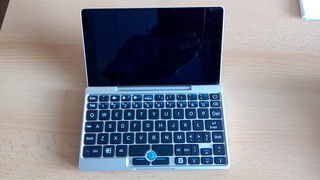 But it’s not perfect. The fan is noisy (not in the values in dB but the sound is not nice) and it is spinning quite often. And the Atom CPU is … the Atom CPU. But it’s OK in most cases, except the Firefox rendering modern WWW pages… But even the FreeCAD is running rather smoothly.

The OS support is acceptable – after some updates the most of stuff work well (except the build-in speaker – it’s strange that headphones works but speaker does not). The only – small but stupid – issue is that the device boots in portrait mode and the (proper)landscape mode has to be set in the Ubuntu settings. The BIOS (or what it is) is also in portrait mode.

The keyboard is relatively good. One can write English texts with ease but the keys required for the Czech language are partially located in the tiny upper row and the “ú” and “ů” are located in unusual and remote positions. I often use the device for taking notes at work so it is an issue for me.

At the moment, I use the device for most of my work outside the office, thus replacing both a PDA (the Sharp Zaurus or the Ubuntu phone for PIM functionality – as the phone has to be turned off on most of meetings it makes little sense to carry it) and the laptop (the Lenovo X260). It is small and light (0.5 kg), it’s very solid and it’s battery life is good (it’s surely better than 6 hours but I haven’t an opportunity to use it for a longer time; the producer declares up to 12 hours).

For reasons which are unknown for me I have the same wallpaper on all my notebooks (except the work one, where is no wallpaper at all). 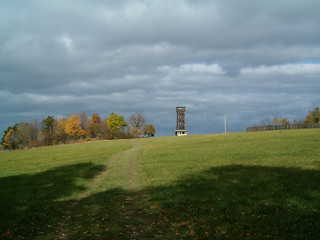 I don’t know why a have put the same image to all my laptop screens. That’s strange.