But there is a great effort of UbPorts folks – it was initially a group interested in porting of the Ubuntu Touch to other devices.
They not only released updated system images for most of previously supported devices but they also working on further development of the system and it’s applications. 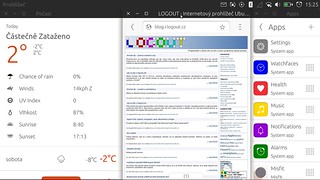 There is also a new App Store – the OpenStore was initially meant for applications that cannot obey security rules defined by Canonical (for example apps that need direct access to some hardware) but now it’s a home for all Ubuntu Touch applications. And there is a good flow of new applications: not only most of the interesting applications from old official App Store has been migrated here but also new ones have been appearing.

Of course, there are no new devices but the old can be still used. 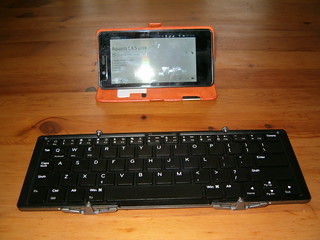 I personally have wo Ubuntu devices: the phone (the bq Aquaris E4.5 – the low-end one) and the tablet (the bq M10HD – the best one available) and both are still useful. The E4.5 is my sole mobile phone and serves me very well. Actually, I haven’t noticed any stability nor other problems in last 12 months. There are some issues with Bluetooth input devices (the GUI may restart after the device is connected) but I haven’t used the keyboard with the phone for a long time (I even lost the keyboard and didn’t noticed that…). The Bluetooth speakers seems to work without such problem. To be honest, I finally have managed to remove all unnecessary stuff from the phone (to save space – it has only 8 GB of storage for everything * including the OS) and not there are only applications that I really use on the phone.

The tablet is an another story – the last update of the Ubuntu (in January 2017, I think) broke the external screen support. So now the X11-based applications work well on an external screen but the native (mostly) fail. So one can use the device in the desktop mode only if the internal (10″) screen is enough for his/her needs. There is also still the issue related to virtual keyboard for X11 applications – only specially prepared ones can use in. So the Firefox and the OpenOffice are OK but applications which are installed by the user can only work with an external hardware keyboard. And it limit’s the device usefulness on the move. This is not ideal, but for light work it may be OK.

So I actually use both devices: the phone on a daily basis and the M10 tablet mainly for testing of new applications and for lighter tasks (for example, it’s still better for WWW browsing than any of my computers except the Lenovo X61). During holidays I even used it as a desktop (on a stand with a keyboard, a mouse attached and speakers attached) without issues. It can use also the USB keyboard and mouse the GUI works without restart if no Bluetooth is involved…) but then it cannot be charged at the same time.

So things are not that bad as they may look.

This year we decided to visit the Kysel gorge (or valley) in the Slovak Paradise. It’s the place which was closed in 1976 after a huge fire and re-opened just in 2016. The most of paths in the Slovak Paradise are equipped with ladders, chains and other supporting elements which helps tourists to go there.

The Kysel is different as there is a via ferrata. So some equipment is required here. But it’s not so hard (in my opinion it’s A/B level).

We decided to start in the Píla and go through the Piecky gorge and then to Kláštorisko (there is a pub and they offer also an alcohol-free Radler). Then we dived to the start of Kysel (yellow path to the Biely Potok) and entered the ferrata. There is a big board with instructions (the same as on the http://www.npslovenskyraj.sk).

Well, the start is rather boring: 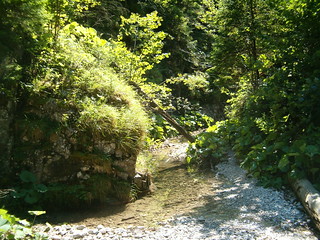 But some time after the start the actual ferrata starts (with a steel rope and a steel steps which are similar to the ones used for other paths). And there is a lot of old wood: 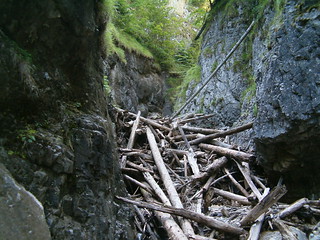 One has to climb through the wood. But it’s easy on all such places. There are two small waterfalls (its said that they are much bigger before the fire) and after many nice places there is a close part of the gorge – it’s called Temnica (“a dark place”): 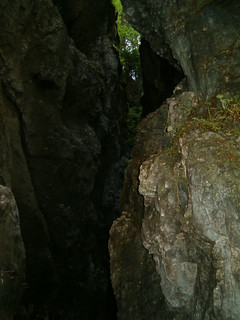 This part is not very short and there is a creek at the bottom (sorry for image quality but there wasn’t enough light and my 14-years old camera had problems here): 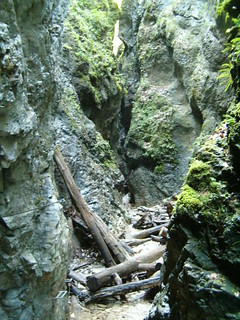 There is still a lot of space, actually (I wasn’t able to take picture of the tightest place): 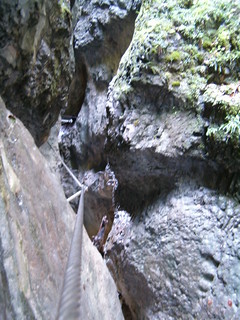 After some time, there were sighn of sunlight: 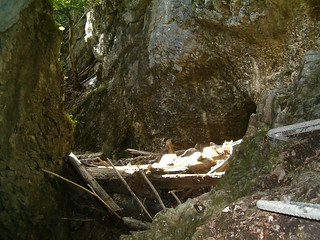 And then, there was a light part. Just a nice walk along the creek. We thought that it was the end: 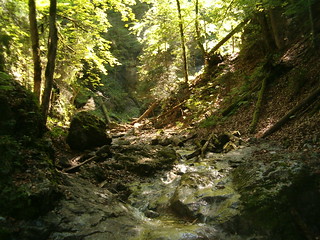 But the final part is climbing by the Obrovsky Vodopad (the Giant waterfall) which is probably the biggest one in the Slovak Paradise (only the lower part is on the picture): 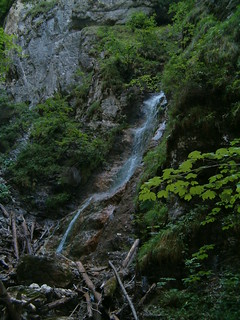 Higher part of the waterfall is here: 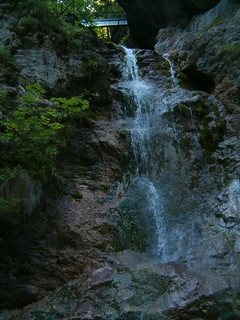 The bridge at the top includes also a warning that this is on-way path only (from the bottom to the top) and the doors that can be easily opened only if person goes in the right direction.

Even there, one is still not at the end of the gorge: 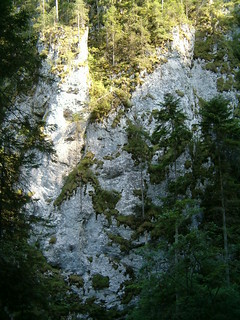 We continued to go through the Maly Kysel gorge (which is smaller and shorter). There is even a geocache but I forgot about it. Then we continued to Palc place and back to Píla.

I have tried to prepare a map of the walk and the result is here:

Show on the map (Hiking.sk)

Unfortunately, the Hiking.sk application ignores the via ferrata so it connected some points outside it. If you see the map on the lik then you can find the via ferrata between the places “Kysel, ustie” and “Obrovsky vdp. mostik”. An the yellow path to the “Kysel, ustie” is a rather descent path (not very comfortable one). We needed under 10 hours for the whole path (including the via ferrata). The linked schedule does not include about 2,5 hours which are needed for the ferrata.

Fortunately, there was a nice refreshment place in the Pila village in the place where the path enters this village.

Next time I have to find the cache at Maly Kysel…